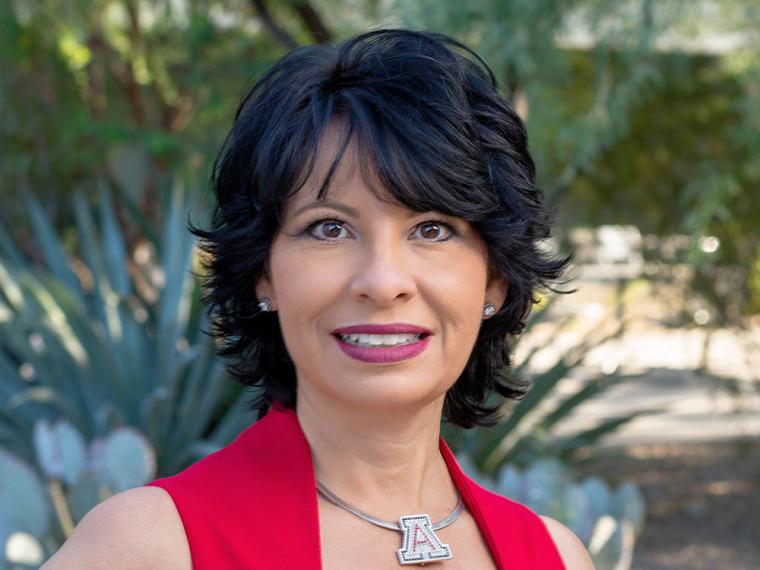 EdD in Educational Leadership, The University of Arizona

BA The University of Arizona

Phoebe Chalk-Wadsworth is in her 28th year overall with the University of Arizona. In June of 2018, she began her role as the senior director of development with the Eller College of Management. In her current role as a member of Dean Goes's leadership team, she is responsible for developing and implementing a comprehensive fundraising program to secure financial support for the Eller College. In doing so she is developing relationships with alumni, corporate leaders and community members at large to raise much needed dollars to benefit the students and faculty of the Eller College.

During Chalk-Wadsworth’s tenure with the University she has been involved with three major capital campaigns for the campus at-large: Century II, Campaign Arizona and Arizona Now.

Prior to joining the Eller team, she was an associate athletics director for Arizona Athletics and during that time she was responsible for major gift solicitations, regional development, annual giving, alumni relations, a comprehensive public relations program, special events, heritage and community relations. During her time in Athletics, she played a role in five athletics capital campaigns and is one of a handful of staff members who secured $2-million gifts. In addition, she was the baseball administrator and worked closely with the baseball coaches and staff on day-to-day operations, as well as the chair of the University of Arizona Sports Hall of Fame.

In 2014, she became an adjunct faculty member of the Eller College. She teaches Fundraising and Public Relations in College Athletics each semester in the Department of Organization and Management.

A native Tucsonan, Chalk-Wadsworth is recognized as a UA Honorary Letterwinner and Honorary Bobcat. She has served on numerous nonprofit boards and is currently a member of Angel Charity for Children, Key Group and UA Hispanic Alumni Club.